The Board of Directors is the overall governing body of the North County Rape Crisis and Child Protection Center. It consists of a group of concerned, committed volunteers representing the community who work with the Executive Director in overseeing the operations of the agency.

On Being a Member of the Board

Individuals get involved with the Center for a variety of reasons. As with any Board, there are responsibilities of which involvement is the most important as the Board is the overall governing body of the Center. Together with other members of the Board, the individual Board member is legally responsible for all activities of the agency. Several committees exist for Board members to participate in ranging from Personnel, Finance/Planning, and Fundraising/Community Relations. All Board members also assist with fundraising as several fundraisers are held throughout the year. If you are interested in Board opportunities, please feel free to reach out to the Executive Director. Below are members of our current Board of Directors. 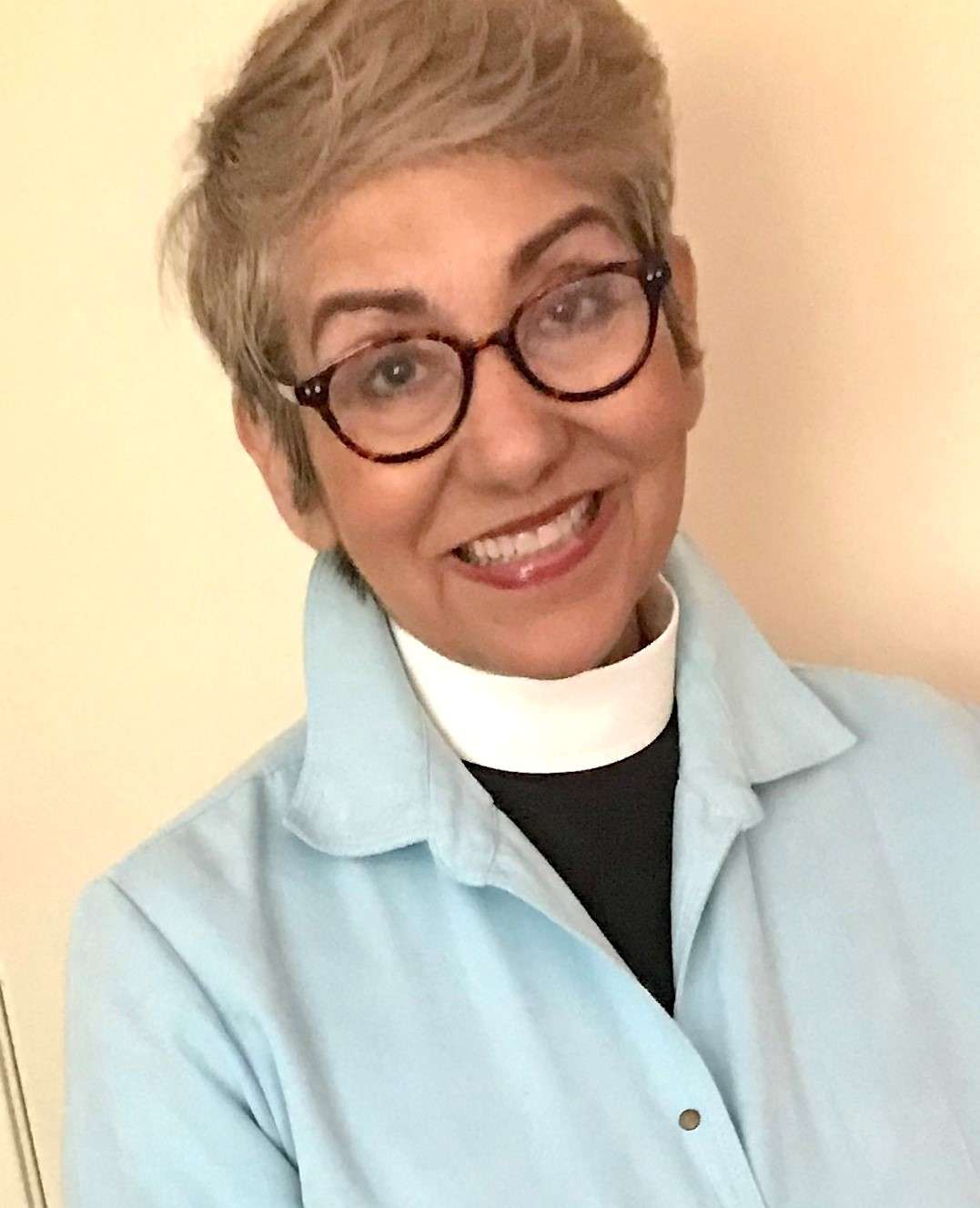 President of the Board

The Rev. Mary Moreno Richardson is an Episcopal priest and the first Latina ordained in the Dioceses of San Diego, where she served at St. Paul’s Cathedral. As a delegate to the United Nations on the issue of human trafficking, and Chaplain to survivors of abuse and detention centers for over 30 years, inspirited her to create The Guadalupe Art Program, which uses art to heal trauma. She’s worked as a Mental Health Clinician/Forensic Specialist, at LAC/UCS, Violence Intervention Program and Senior Chaplain at Juvenile Hall in East, Los Angeles.

She has been a guest speaker at the National Black and Hispanic Caucus of State Legislators on Mental Illness/ Youth in Detention, PBS’s “Religion & Ethics News Weekly,” USC’s School of Social Work, Human Trafficking Conference and The National Latino Conference on HIV/AIDS. Rev. Mary serves on the Santa Barbara County Behavioral Wellness Commission, and has a successful Hypnotherapy/Body Energy practice, specializing in trauma recovery.

*** – Bringing light and healing energy to where there once was darkness is my passion. Serving on our board, with such an incredible staff of healers, I feel blessed for this opportunity to also be of service to our community.”

Vice President of the Board

I have been a member of the Board of Directors of the North County Rape Crisis Center & Child Protection Center for over 4 years, and am currently the Vice-President. Serving my community, and especially those who are vulnerable and in need of much care and compassion, such as the program the Center offers in the schools, the support they give to the survivors, and the education to our community is what has driven me to serve with this organization. I appreciate the staff and the leadership of our Executive Director, Ann McCarty, and everything they do to ensure the programs are run effectively and always being available when the need arises.

I am the mother of two beautiful daughters and blessed with six grandchildren. Raising my family, I truly came to appreciate the services offered in our communities and the education given to our children in the school programs. I am also a 19-year member of the Orcutt Lions Club, serve as Convention Committee Chair, and am incoming Club Secretary for 2020-2021. I have worked for the past 8 ½ years at Lompoc Skilled Nursing & Rehabilitation Center as a Social Services Coordinator and Director of the Memory Care Unit, with a previous 10 years in Senior Living throughout the Central Coast, and also run an Alzheimer’s Support Group weekly for family caregivers. Giving back is truly what my life is about. 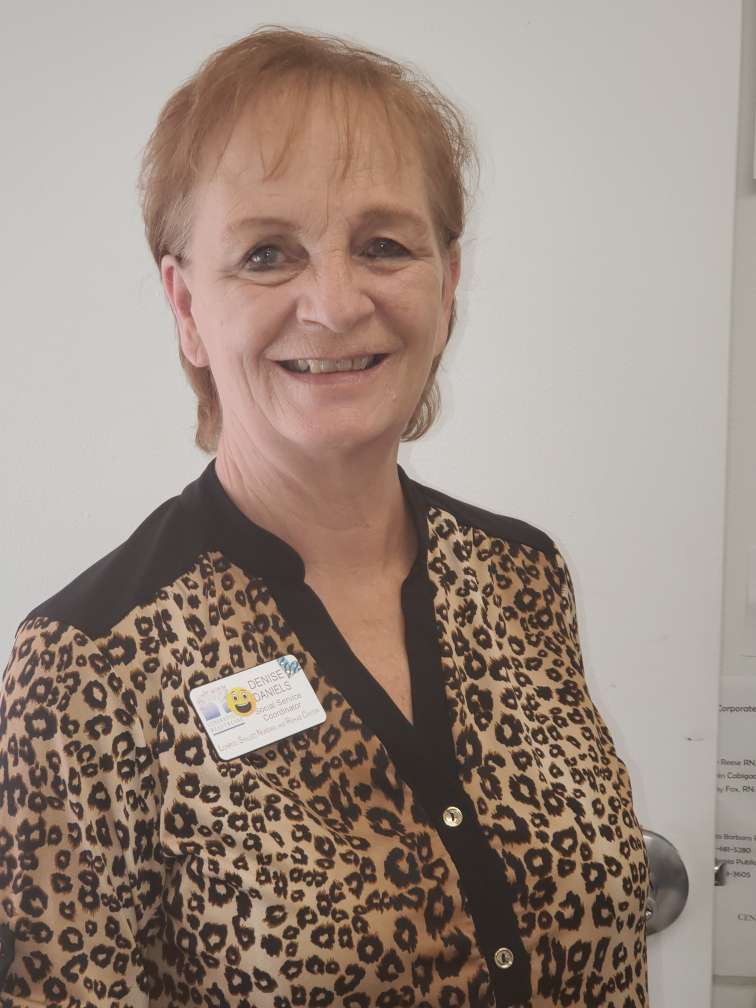 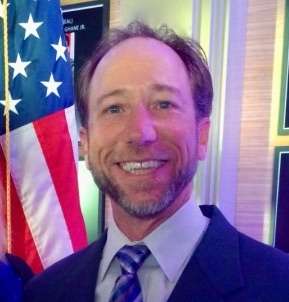 Secretary/Treasurer of the Board

“I’ve spent the last three decades working on government affairs, acquisitions and divestitures, permitting and regulatory compliance for award-winning oil and gas operations. It’s been challenging and rewarding to have participated on several non-profit boards and industry committees. I love to learn, so I’ve spent a lot of time in school; earning certificates in both petroleum technology and hazardous materials management; an Associate of Science in Architecture; a Bachelor of Science in business administration, and a Juris Doctor. I am a husband, father, brother, uncle, cousin. I enjoy all types of music, science, nature, traveling, snow skiing, water skiing, and any kind of fitness challenge. I volunteer for the Board of Directors because it’s a meaningful way I can help support the fight against sexual assault and child abuse.”

Dorian started her lengthy affiliation with the NCRCCPC first as a hotline volunteer and then as a board member in the early 1990’s while still on active duty in the United States Air Force. Following retirement from the military, she worked for almost 10 years as a college guidance counselor at the Vandenberg Air Force Base Education Center. Now fully retired, she has spent the last 2 years as a student at Allan Hancock College. She has a B.S. in Psychology, a Master’s degree in Education, an A.S. in Welding Technology, and will soon earn a second A.S. degree in Automotive Technology. “I volunteer for the Board of Directors because The Center is a dynamic organization that proactively adapts to our changing times; is comprised of incredibly talented, dedicated staff, volunteers, and board members; and most importantly, serves countless survivors of sexual assault and child abuse as well as their significant others.” 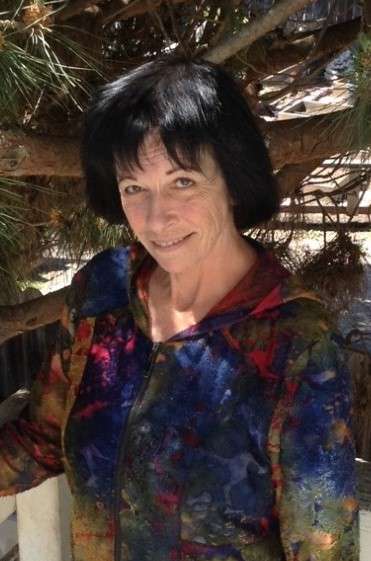 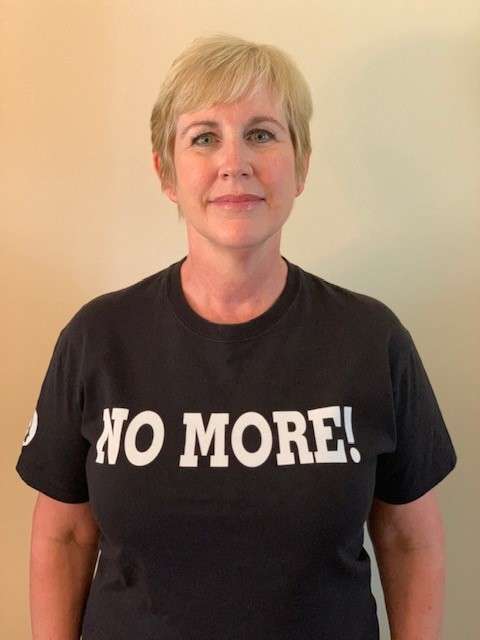 “I originally started with the North County Rape Crisis and Child Protection Center in 1997 as a volunteer advocate. I wanted to get involved and give back to my community and as a career woman, I have myself experienced sexual harassment and unwanted advances and felt I didn’t have a voice. I quickly learned how dedicated the staff and volunteers were to the mission despite the long hours and terrible things they see and deal with. It only makes them more dedicated and driven to work harder to educate and work towards ending sexual assault. I have been a member of the executive board since 2009 and my admiration for the staff and volunteers grows each year. They ask for nothing, but give everything.”

“I became a member of the NCRCCPC Board of Directors in January of 2018. I have been a middle school teacher in Los Alamos, California for the last seven years, and have a passion for connecting with my students and building meaningful relationships with them. I believe that these relationships are the foundation of building trust with students, and that trust is the foundation of learning. I have been known to tell my students that, “Not only am I here to teach you Science, Reading, and Math; but I am also here to teach you how to be better humans.” I have a Bachelor’s degree in Liberal Studies with a minor in Psychology and a Master’s degree in the Art of Teaching. I became a member of this board because I believe in educating all people on the importance of Child Safety, Domestic Violence, and Human Trafficking. Education is the catalyst for a change in human behavior, and I believe in the work that this foundation plays in that education.” 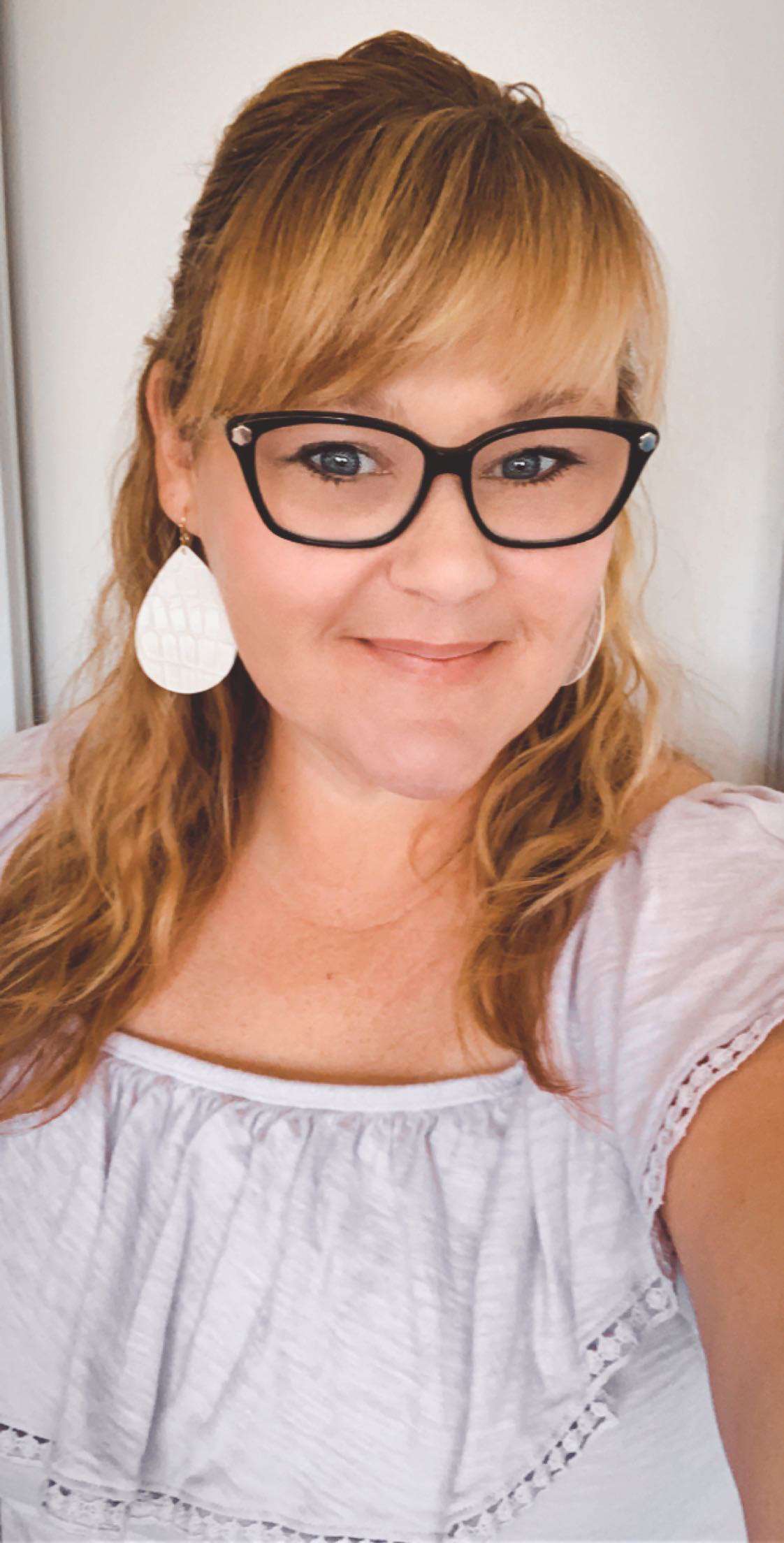 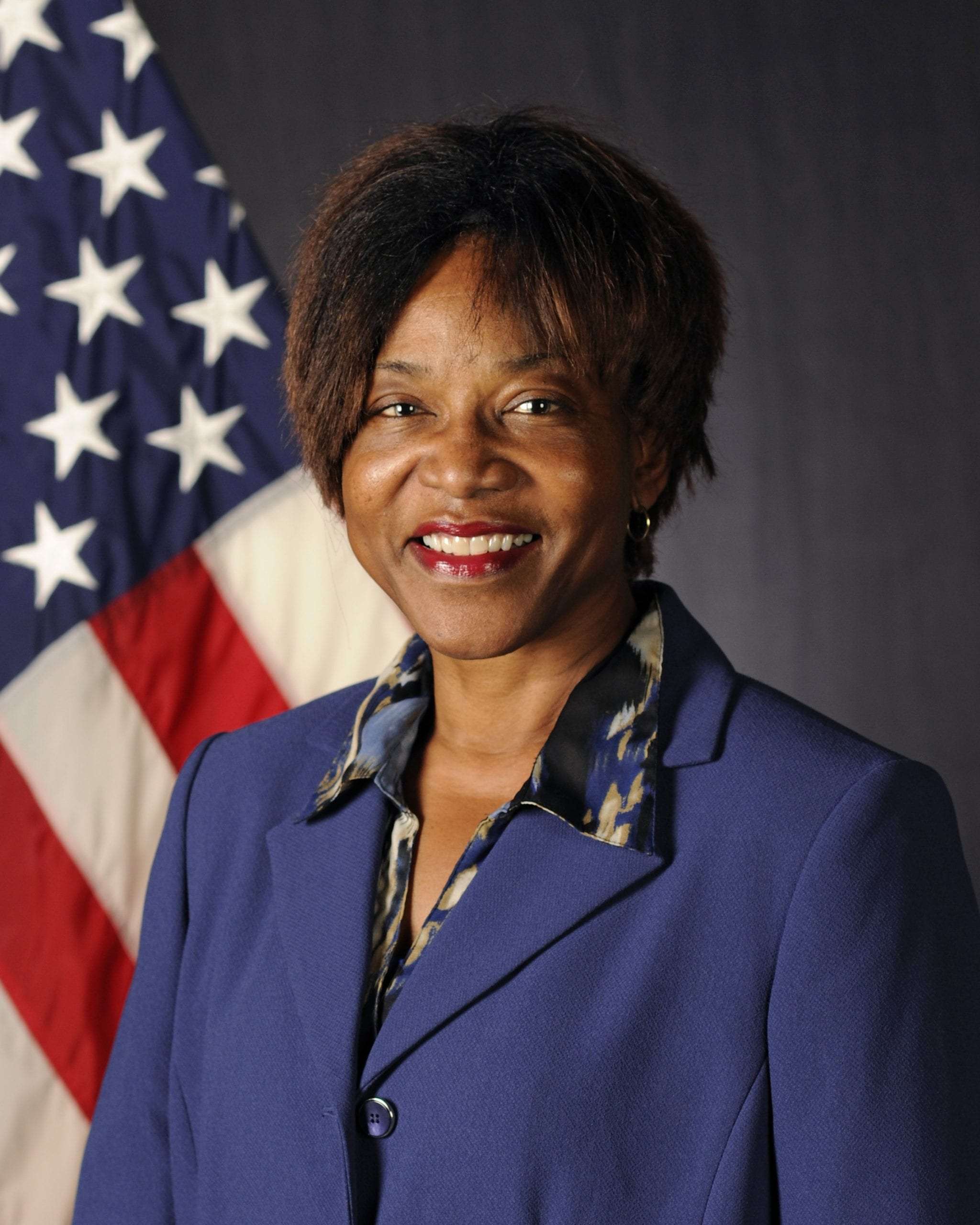 Ms. Vanneca (Vanessa) Phelps is a retired nurse. She served twenty years with the Air Force and upon her retirement in 2007 continued working for the government as a civil servant.

She moved to Lompoc from the United Kingdom in 2012 and currently serves as the Director of Equal Opportunity and Alternative Dispute Resolution Program and is the Combatting Trafficking in Persons (CTIP) Point of Contact for Vandenberg Air Force Base.

She is active in the community; volunteers at the Lompoc Chamber of Commerce, is the Chair for the Board of Trustees for the Youth Leadership Lompoc Valley Program, is a volunteer Santa Maria small claims court counselor, and is also a member of the Lompoc Valley of Flowers Toastmasters and the Lompoc Alpha Literacy and Improvement Club.

“I was born and raised in Santa Maria. I attended the local schools and played football through high school. I worked in the grocery business, construction, and route sales before going into law enforcement. I graduated from the Allan Hancock Police Academy in 1993 as a sponsored cadet. I worked for the Santa Maria Police Department for 25 years and I retired as a Sergeant in 2018. During my career at SMPD, I worked on patrol and in the Detective Bureau in the Gang Suppression Team. In 1998 I became a member of the Color/Honor Guard Team. I remained in GST until 2001 and I rotated back to patrol. In 2003, I was promoted to Corporal and remained on patrol. During this year I became a Field Training Officer and was promoted to Co-leader on the Color/Honor Guard Team. In 2004 I was assigned to the Community Services Unit as the Beat 1 Coordinator. This year, I was also selected as the Chairman of the Peace Officers Memorial Committee. In 2013, I was promoted to Sergeant and remained on patrol while supervising the Dispatch Center. In 2014, I was assigned a co-lateral duty as the SMPD Museum Curator. I retired from SMPD in 2018.

My amazing wife, Shamra and I have five adult children who all live and work in Santa Maria. Shamra and I enjoy traveling, camping, and BBQs with family and friends. However, lately, we’ve been working on home projects and watching TV shows. I have been a member of Elks Lodge 1538 for 23 years. Woodworking and gardening are my favorite hobbies.

The reason I’m on the Board of the North County Rape Crisis & Child Protection Center is that I like helping people and working with the other board members and staff in making a difference in our community.” 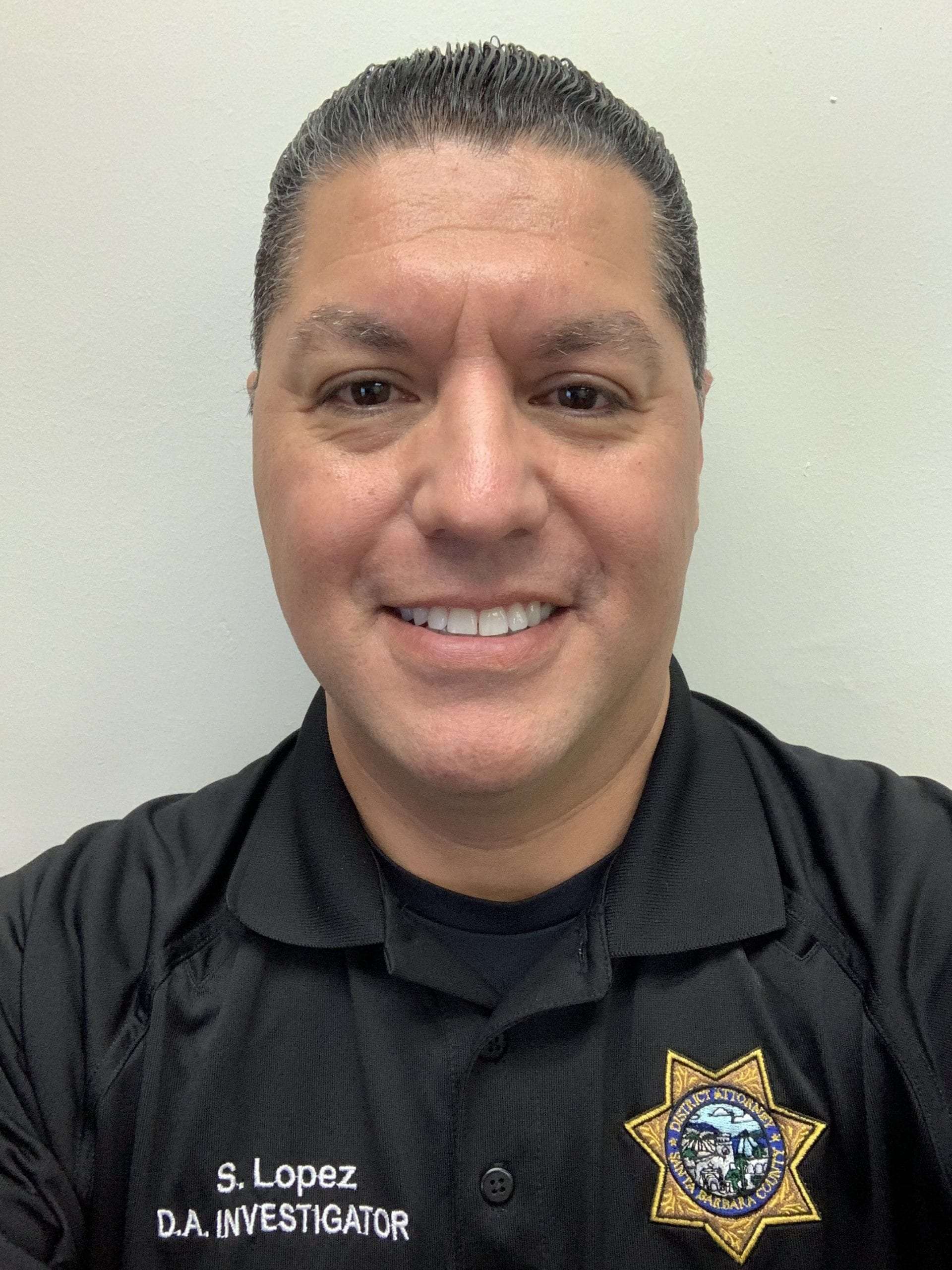 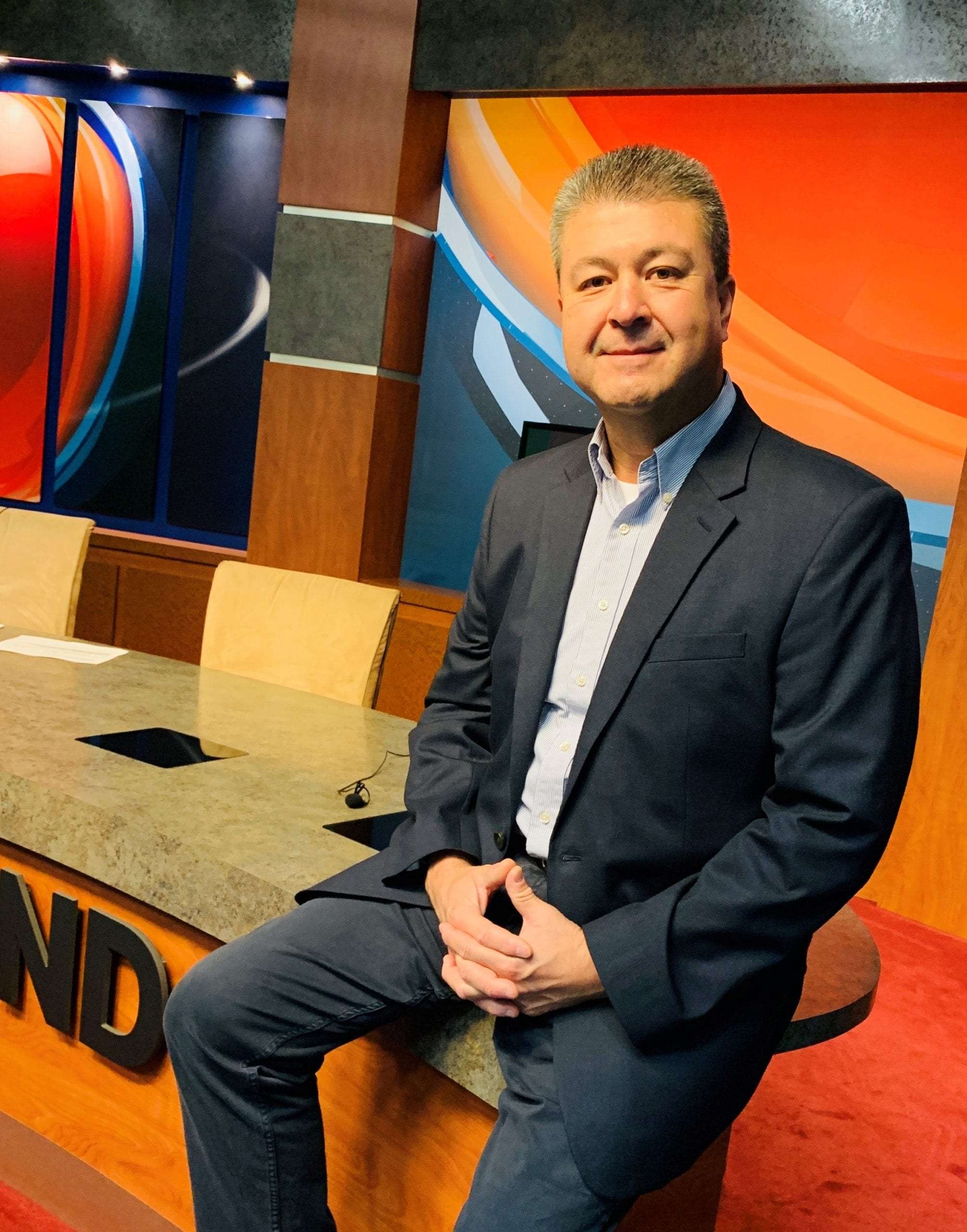 “It is an honor and a privilege to serve on the Board of Directors for the North County Rape Crisis and Child Protection Center. As a husband and father of four wonderful children, I believe in the mission of this great organization. As a resident of the Central Coast, I believe it is my responsibility to give back to our community by serving an organization whose mission is to advocate for victims of sexual assault and child abuse. Through my work as a member of a local Spanish language television station in Santa Maria, I am always happy to assist local organizations that contribute to the well being and safety of our community. An organization that has always motivated me to assist with their outreach and promotion, has been the North County Rape Crisis and Child Protection Center. Thank you NCRCCPC for advocating and defending those who are unable to advocate for themselves.” 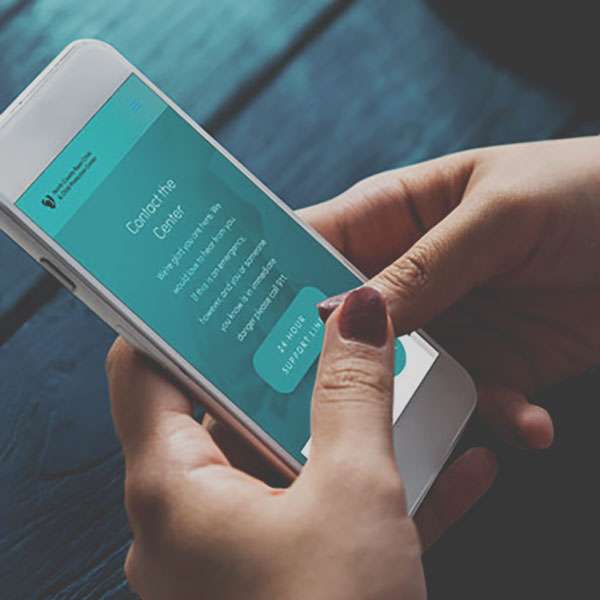